The glassworks in Målerås were founded in 1890, not long after the railway had found its way through the wilderness in north-eastern Kronoberg. Since then, its knowledge and professional pride have been passed on through the generations. In 1981, a group of craftsmen, including Mats Jonasson, acquired the works from Kosta. They received an incredible amount of help from the locals – of the village’s 250 inhabitants, 80 invested in the mill. Since then, the company has developed and is today Sweden’s largest privately owned glassworks.

In recent years, the glassworks have collaborated with architects and designers where glass has been used, among other things, as façade cladding or components for furniture. And it is here that VERK casts the 30 mm thick and 70 kg glass top for Linn Fredlund’s beautiful V LF-02 coffee table. Six glassblowers are involved in the process, and the size of the top means that it requires two weeks in an annealing oven to cool down slowly. 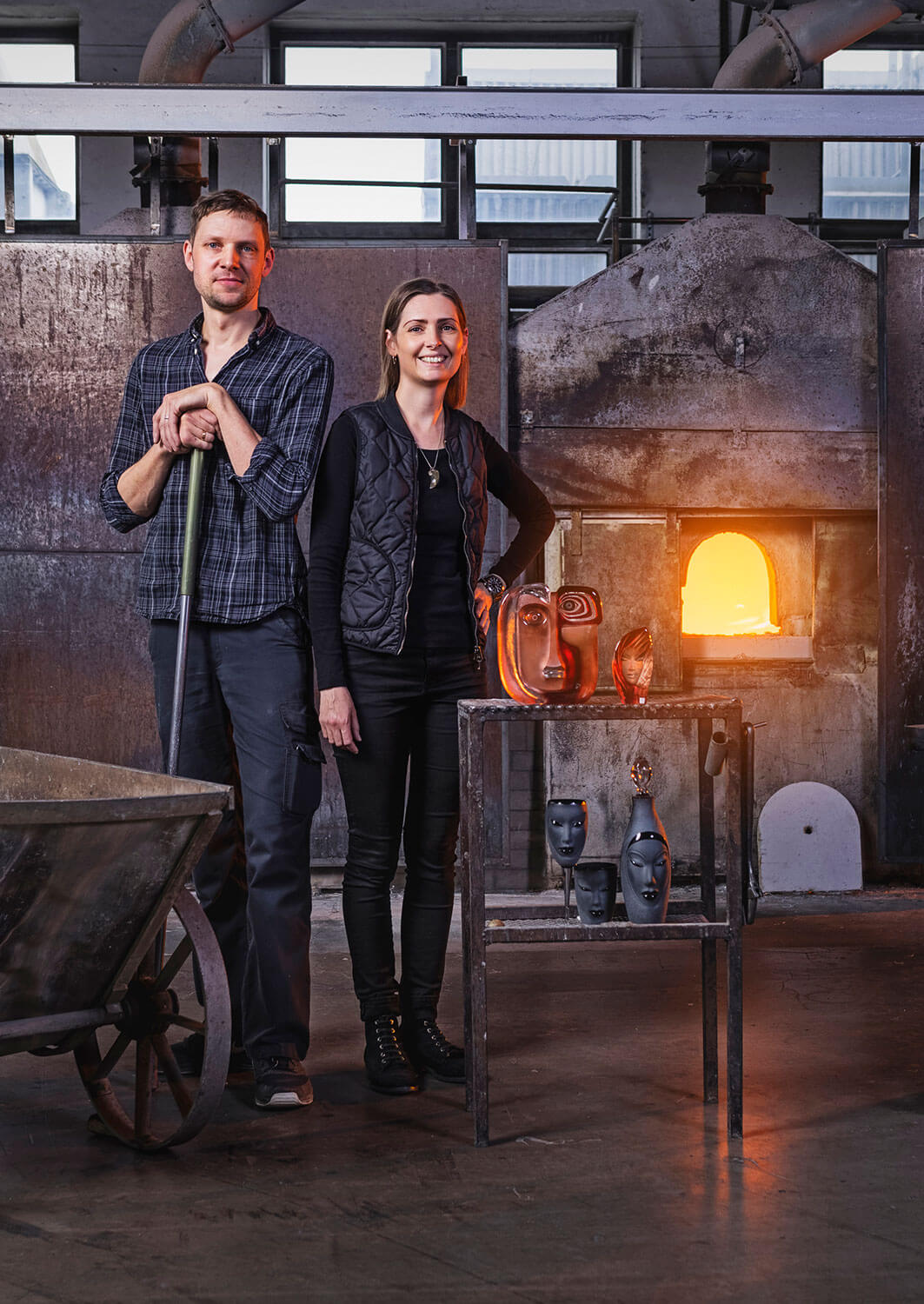 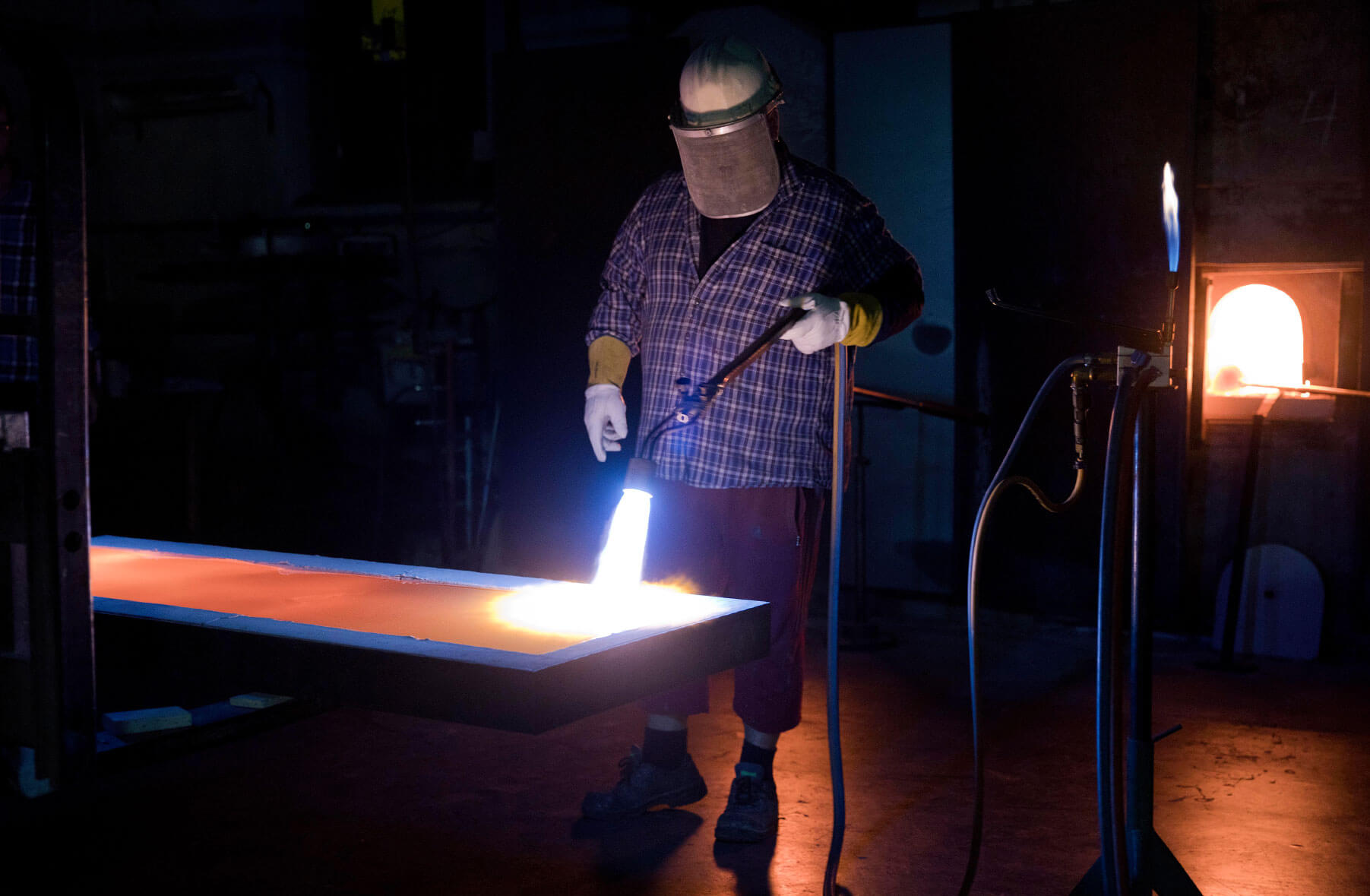 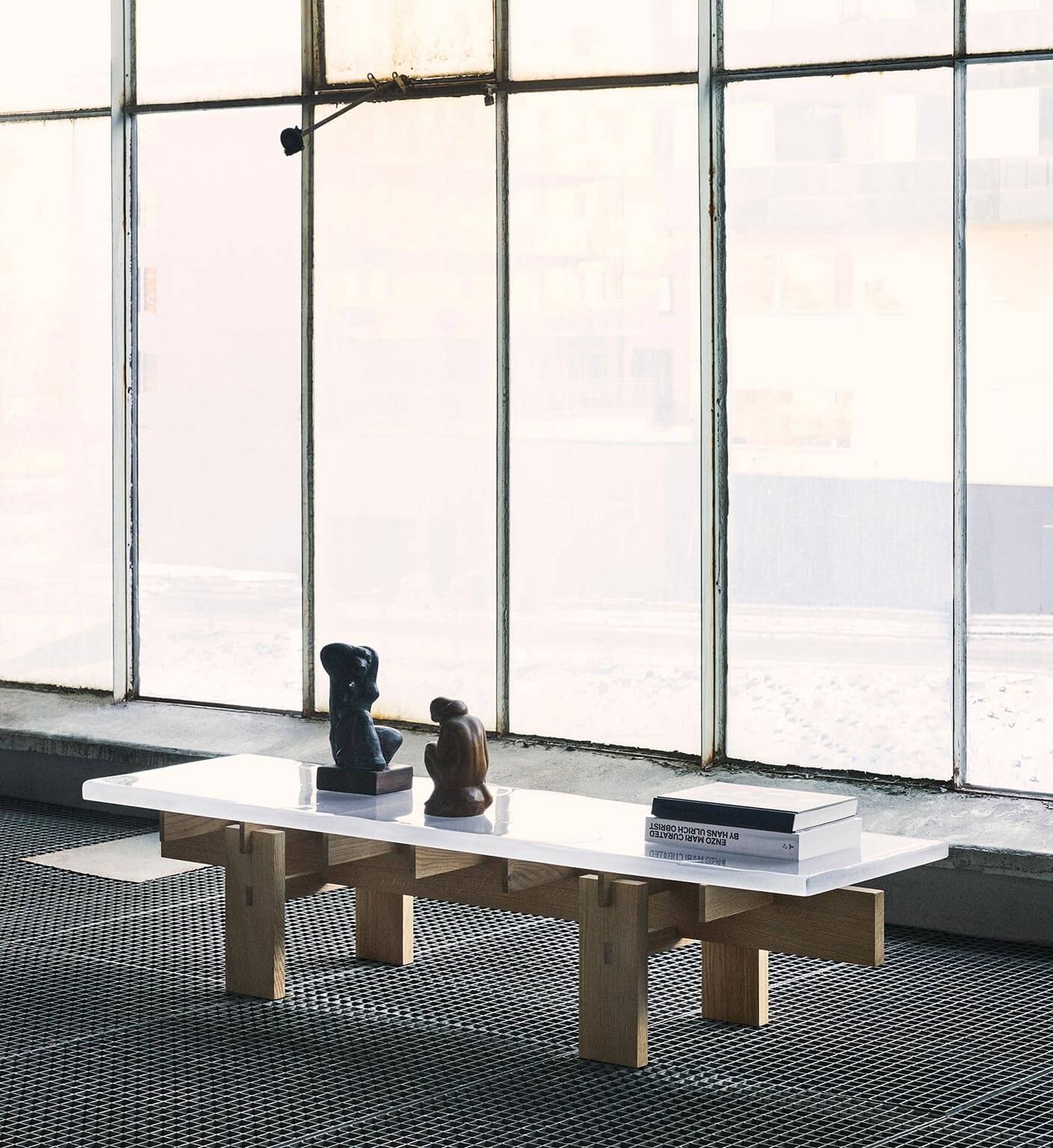 Coffee table, designed by Linn Fredlund. The base is made of solid Swedish oak and the top from cast glass. The semi-transparent top reveals the joinery of the wooden base. All casting is done by hand, and on the surface you can see traces of the poured glass, like ripples on water.